0shares
Halls Chophouse, a top of the line steak place where there was an enormous attention to detail. Great place to celebrate any special occasion. 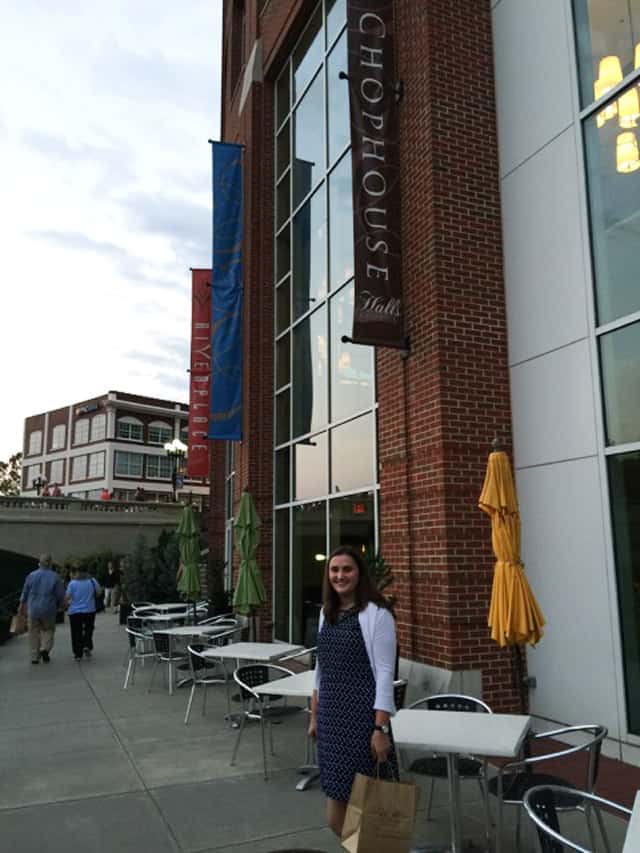 While visiting Greenville over the Labor Day weekend, Natalie and I decided to splurge a bit and try a new steak restaurant, Halls Chophouse. Thanks to the hurricane, we had the most gorgeous day starting with an amazing run on the Swamp Rabbit Trail, so I felt like a big juicy steak was in order.  The restaurant is in the same location where High Cotton used to be, just down from the Peace Center on Main Street. This is a beautiful space with high ceilings and windows looking out onto the river.  While I love meat, steaks have to be pretty special for me to order them in a restaurant because Mike does such a great job cooking them on the grill at home.  However, after our waiter, David, told us about the wet and dry aged beef and all the additions we could get to accompany it, I decided to try what they are known for.  If you are not a steak lover, you still have plenty of other options. 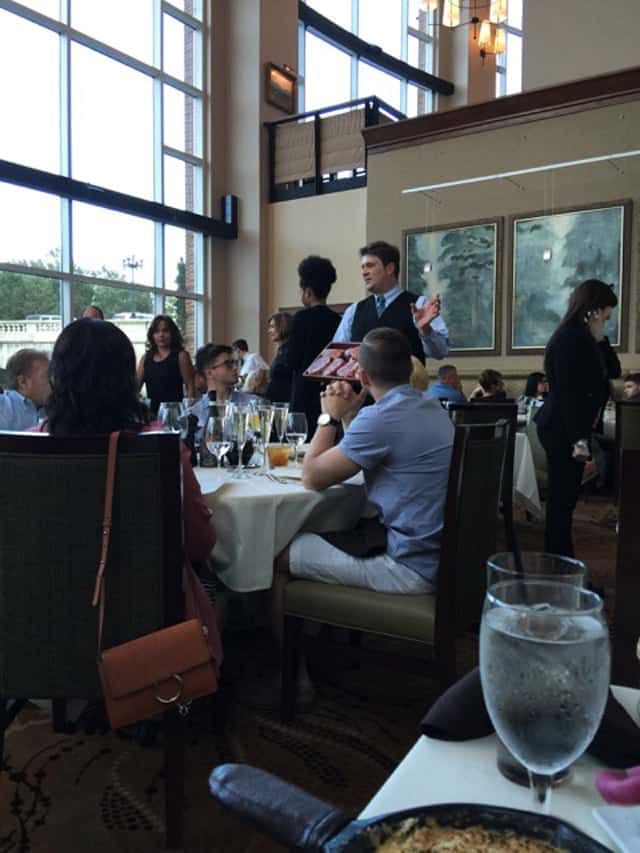 After pondering the menu and with the help of our waiter, Natalie and I decided to split everything. We started with their chopped salad which was just the right size and a great starter. We were tempted to get an appetizer, the fried green tomatoes sounded amazing, but decided we would rather try more sides and dessert so we went straight to the entree,  a dry aged rib-eye.  She tried hollandaise with hers and I went for the truffle butter. Let me just say, truffle butter on steak is earth changing. We ordered our steak medium and it was cooked perfectly, but she likes hers a little more done than I do, they didn’t mind taking hers back and cooking it just a tad more so that even though we split a steak, we both had the perfect temperature.  David told us that we could order half portions of the sides if we wanted to try more than one, which is a great option.  We tried mashed potatoes and asparagus and my favorite, grilled corn with pepper jack cheese baked in a black iron skillet.  All three were great, but the corn was what we were raving about.  Even though we split everything, there was so much food, she had plenty of leftovers to take back with her, including a massive piece of cake. 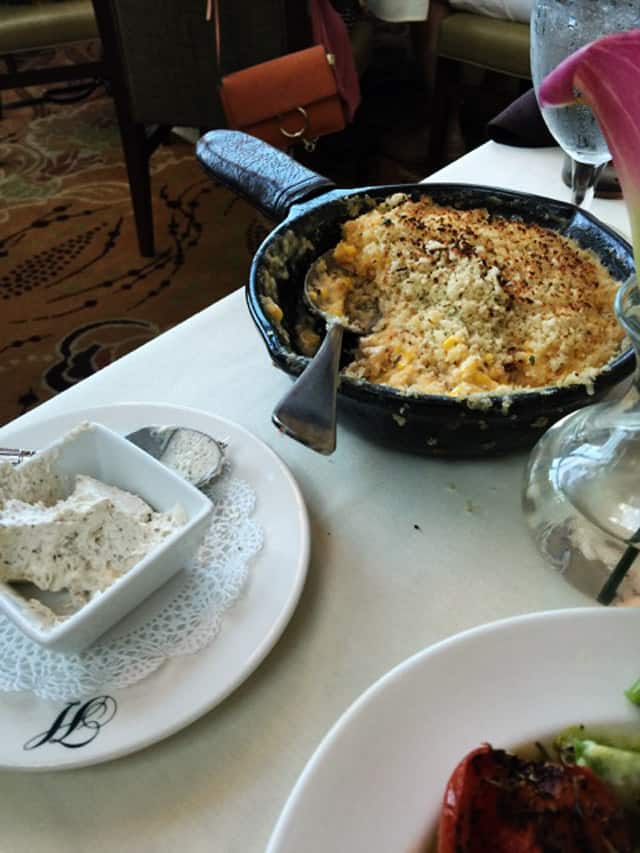 For dessert we went with their signature which was a caramel cake with pecans and bananas foster on top. We were expecting a slice of cake, not a quarter of a cake.  The six layers with caramel frosting covered in a praline sauce with roasted bananas was a good choice and easily enough for four.
This was a very popular restaurant on a Saturday night. We were not rushed but felt pampered.  David was on top of everything and the manager stopped by to say hello. The executive chef Mathew Niesnner also stopped by and we chatted with him for several minutes before we left. 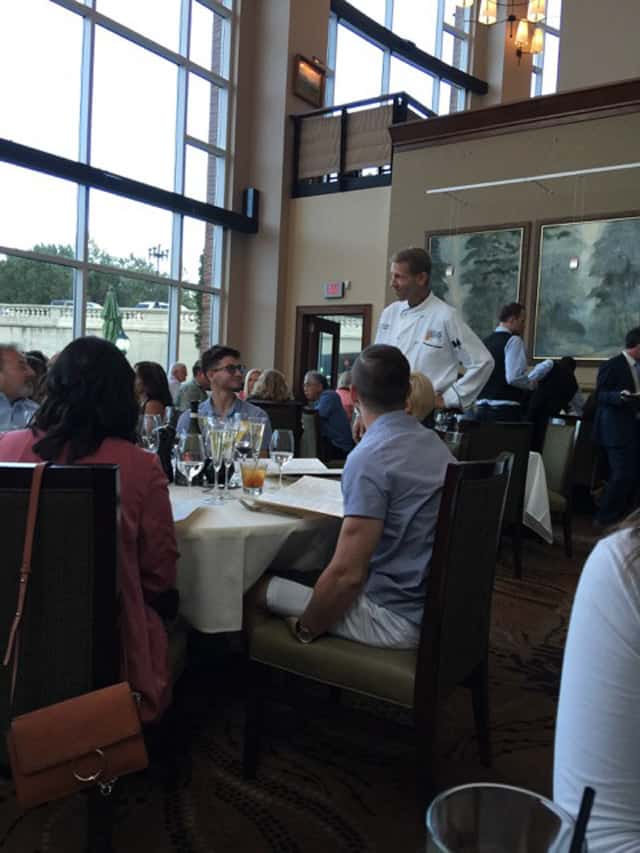 This is a family owned restaurant that started in Charleston and just recently moved into this space.  We not only had a great meal but it was a perfect relaxing place to enjoy an evening catching up. 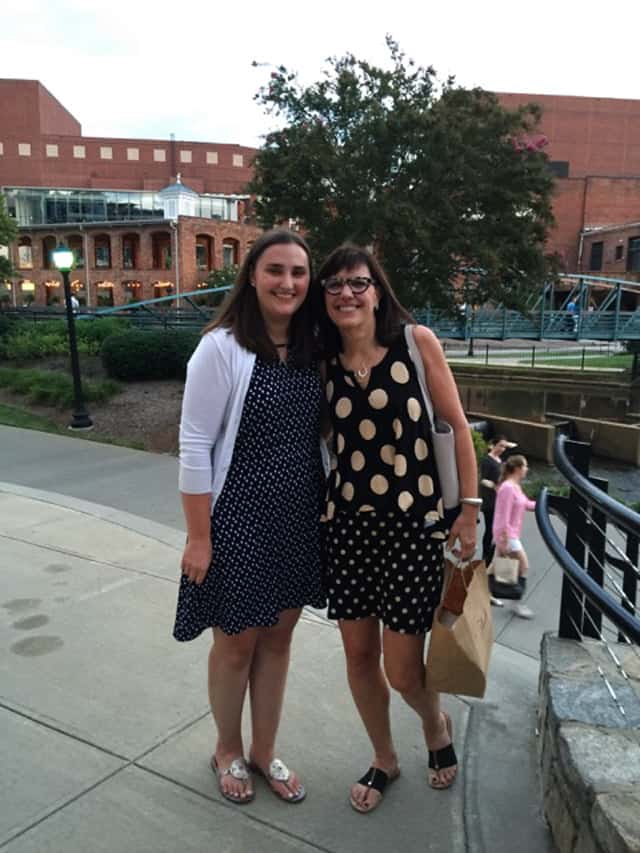 Barbara Curry is the culinary adventurer of Butter & Baggage. With a dedicated enthusiasm for real butter made from happy cows she is in constant pursuit of delicious recipes and tasty dishes. She shares her experiences, ventures, and occasional misadventures because let’s face it things can get messy in any kitchen. Read More…

Sign up & get your FREE e-book of Easy Weeknight Dinners!

Sign up & get your FREE e-book of Easy Weeknight Dinners!