×
Cocina Toscana in Salt Lake, some of the best pasta you will find. 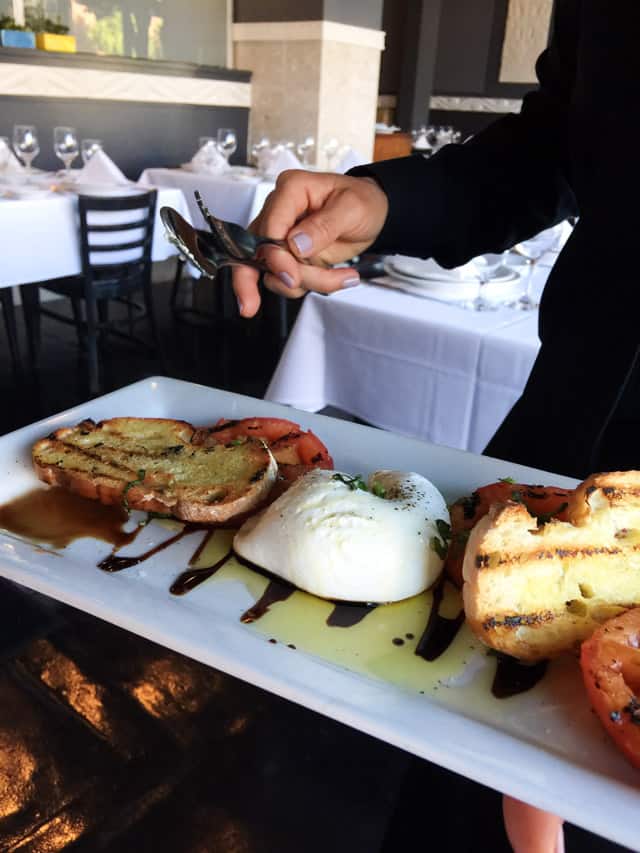 While attending the Everything Food Conference in Salt Lake City, I needed a break form the meetings so Mike and I tried this Italian restaurant located right across from Pioneer Park and a short walk from our hotel.  I feel like I’ve had some really great pasta both in Italy and in New York, but let me say, the pasta we had here could easily compete with any I’ve had in the past.

We started out with the burrata and tomato salad and decided we would share a pasta course before our entree.  While the appetizer and main dishes were great, it was the pasta that we both felt was the star of the show.  We chose a dish with three different pastas which were all made in-house.  They split it for us which was a nice touch.  It consisted of gnocchi in spicy tomato sauce, spinach and ricotta ravioli in a  butter, sage, tomato sauce, and capellini with an earth shattering white truffle oil cream sauce.  I was not leaving a speck of the three different sauces on the plate, so instead of licking it clean, I sopped it up with a slice of bread.  YUM! 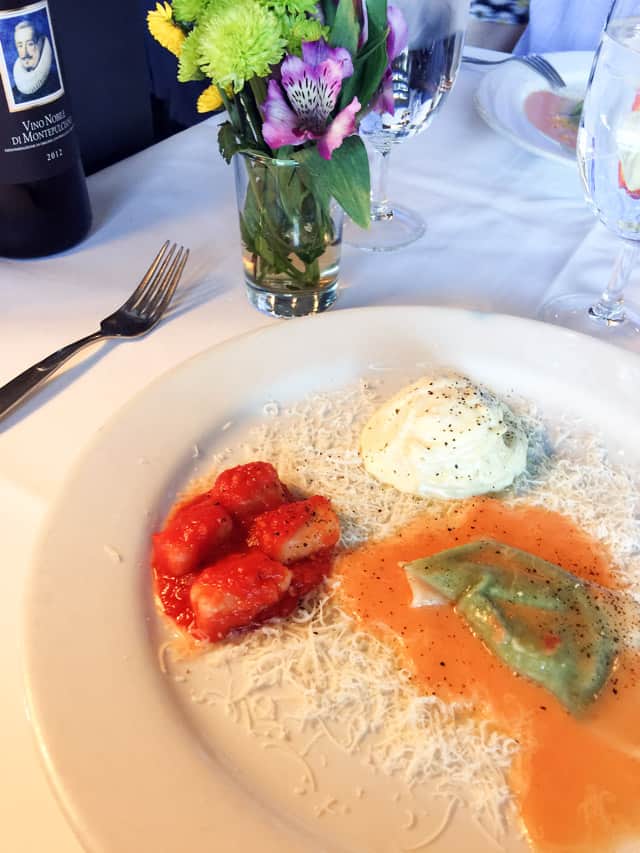 We both chose the specials of the night which were a lamb dish and salmon piccata, both were good, but not quite as good as the pasta.  But to be fair I’m not sure anything could have stood up to the pasta. 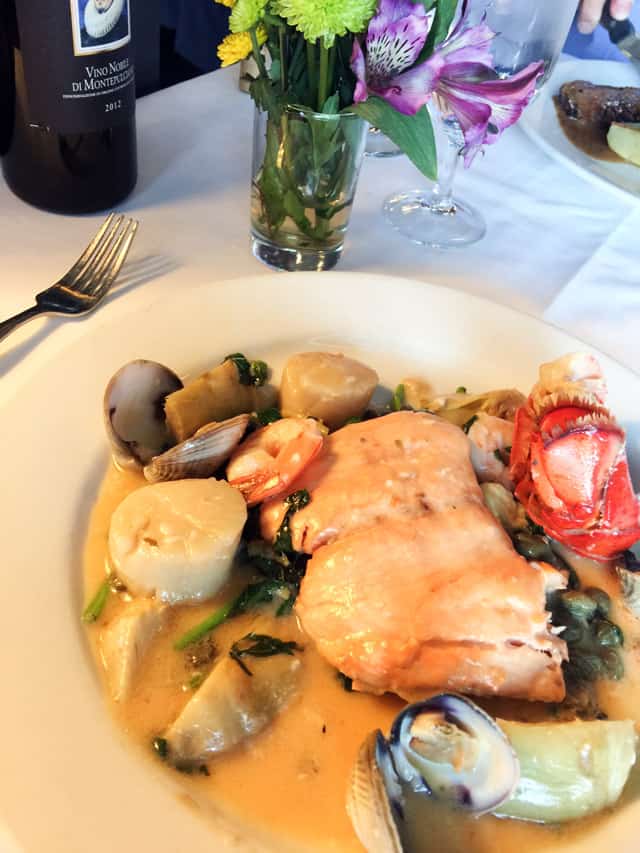 We were not planning on a dessert, but they brought the menu and I noticed that one of the desserts was from a food blogger, dessertnowdinnerlater.  Major props to the restaurant for giving her credit for the dessert. 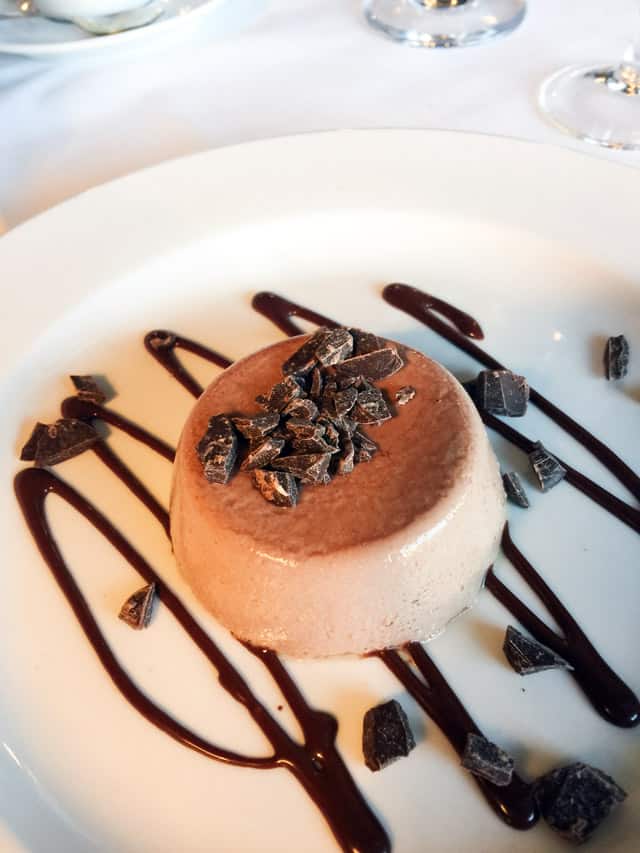 I asked our waitress about the chef and she said he was from Mexico but had trained with an Italian chef. We had a great dinning experience and I’m still dreaming about the pasta course.
Cocina Toscana