While in Washington DC for the Rock ’n’ Roll ½ Marathon, we stopped in for dinner at Founding Fathers.  They have been open since 2008 and are owned by 40,000 family farmers of the North Dakota Farmers Union.  How cool is that!  It was a Thursday night and full of vibrant energy from people getting off work.  We had a reservation and didn’t have to wait long to be seated at a community table. 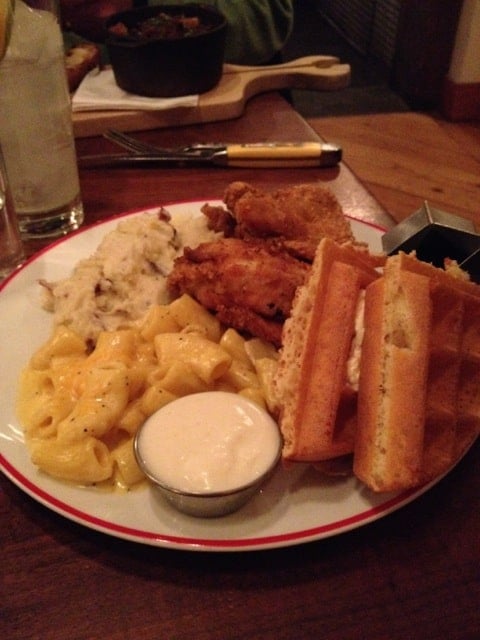 It’s not a fancy place, just work casual. The food was amazing.  We tried the fried chicken and waffles which came with gravy for the chicken and a cinnamon maple syrup for the waffles. They were cooked perfectly and may be the best we have ever had.  I decided to carbo load and had the seven cheese mac and cheese with apples.  I’ve never thought to put apples in mac and cheese, but what a great idea.  The dish wasn’t overpowered by them, it was just a subtle sweet taste. I am going to experiment and try to reproduce it. 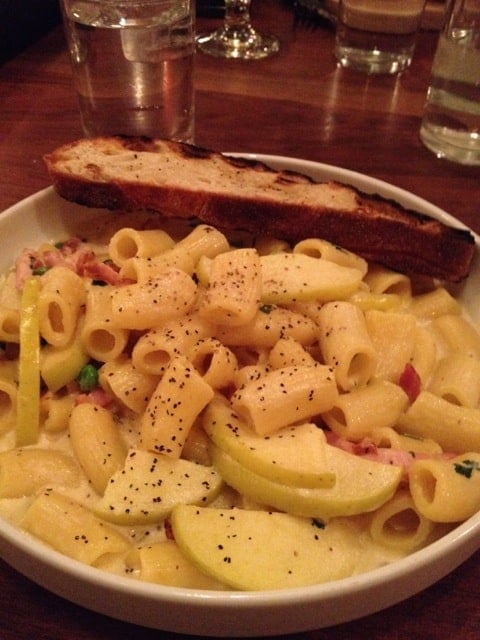 Everything else we tried was wonderful, even the toasted ciabatta bread that came with the entree’s.  Don’t think this is just another southern diner.  It has a very eclectic menu including dates stuffed with blue cheese and wrapped with applewood smoked bacon.  Go there just for these if nothing else, but try out their home made sodas, the grapefruit was nice and light.  We couldn’t even begin to think about dessert with the large portions that were served, but the beignets at the other end of the table looked fabulous. 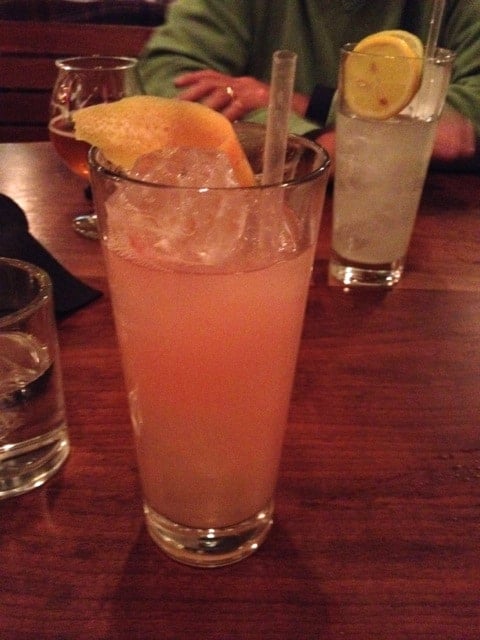 After having such a great meal I was so excited to learn that they have a cookbook which of course I had to purchase.  It contains quite a few of the menu items plus much more.  I want to try the candied lemon green beans and the lemon meuniere diver scallops, along with about 20 other things.  Stay tuned.