Hasselback Sweet Potatoes are not only fun but when you add cinnamon, nutmeg, honey, pepper and pecans, you have the most amazing addition to any meal. You can prepare these in advance and warm up before your meal. 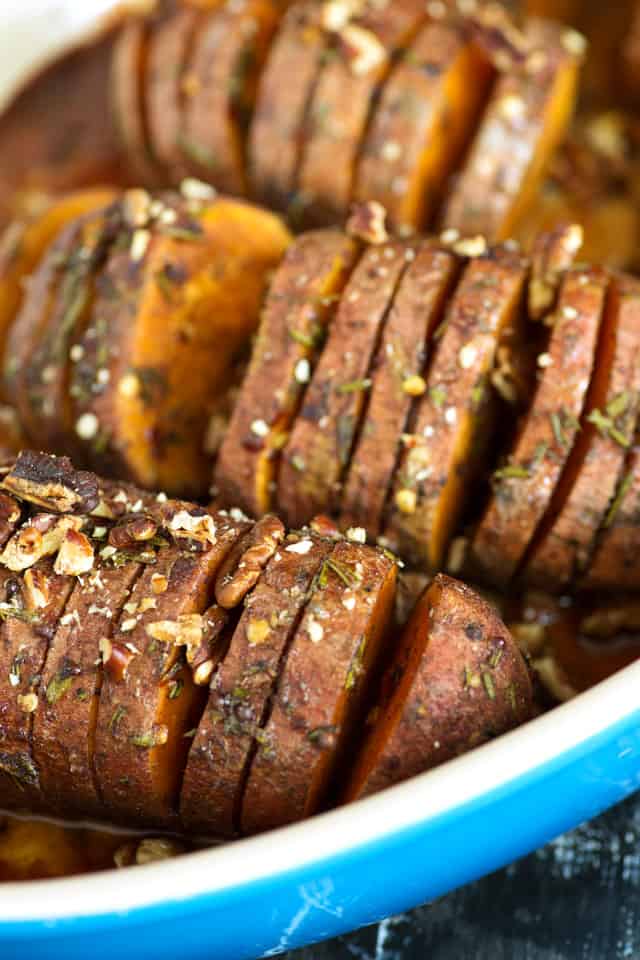 Maybe I am easily impressed, but this is the coolest dish and healthy to boot.  I had never heard of Hasselback potatoes and learned that they are named after a restaurant that served them in Stockholm.  It refers to slicing the potatoes ¾’s of the way through.  This could be a challenge but Sonia at The Healthy Foodie suggested putting the potatoes between two chopsticks.  What a great idea, this makes slicing them so easy.  I have also read where you could put them between two cutting boards, but I like the chopstick method better.  I also used my Le crueset covered baking dish rather than covering with tin foil. It cooks a little quicker and keeps all the flavors in.  Taylor said it made the house smell like Thanksgiving!

The sauce is pretty spicy so if that isn’t your cup of tea, decrease the pepper flakes.  I love the honey, mustard, nutmeg mixture combined with the sweet potatoes.  Now that I have mastered the hasselback potato, I’m going to have to try different toppings. 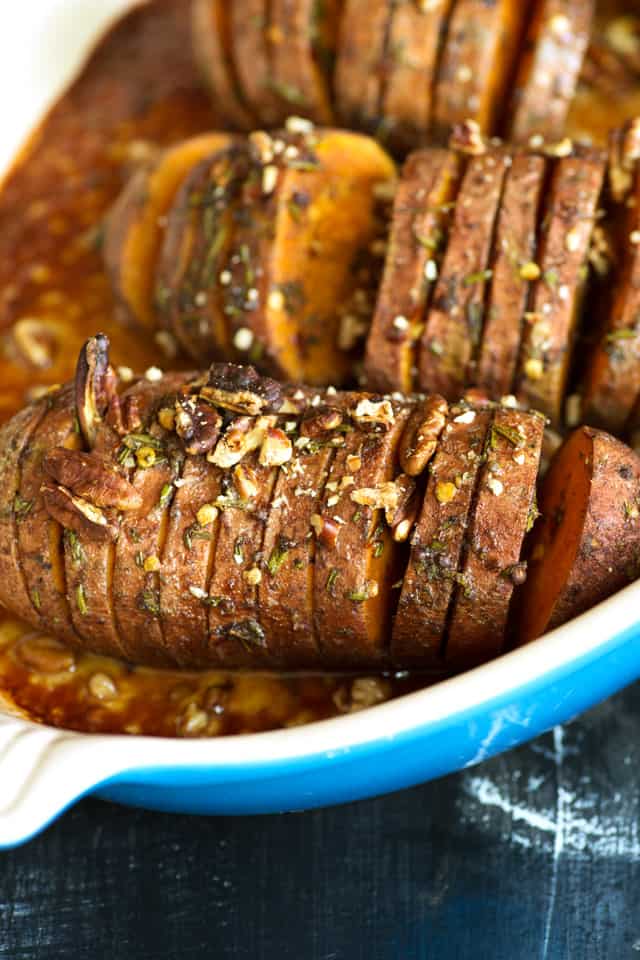 Adapted from The Healthy Foodie
Print 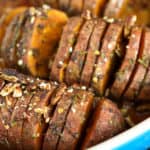 Hasselback sweet potatoes are not only fun but when you add cinnamon, nutmeg, honey, pepper and pecans, you have the most amazing addition to any meal

It may take longer than 1 hour to cook depending on how big the potatoes are so plan accordingly. I like to make them ahead of time and then just warm up before dinner.