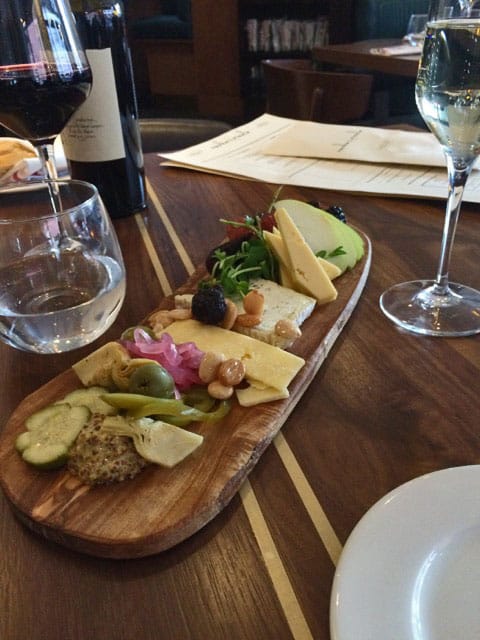 We were in Indianapolis for the Final Four last weekend, something on my husband’s bucket list. While our team didn’t win, we still had a fabulous time in the city.  An unexpected treasure was the Indianapolis Museum of Art which we explored between games.  This was our first time visiting this museum and we weren’t sure what to expect so we arranged for a docent one hour tour to learn about their European art exhibit.  I always learn so much from these tours and we discovered a Caravaggio, who is one of our favorite artists, along with many other wonderful works.  Our legs gave out after a few hours and we didn’t have the energy to see their contemporary or modern sections.  It’s a wonderful museum and one to put on your list if you are visiting.

We managed to get some runs while there. There is a running/pedestrian walkway right along the canal, only about ½ mile from downtown depending on where you are staying.

Of course we had time for food.  We tried out a tapas stye restaurant for lunch one day, a little off the beaten path, but not far from the center of everything called Barcelona.  You can’t miss it as it’s painted bright yellow on the outside!  We weren’t in a hurry so just tried a couple of things and then ordered more once we finished. I especially liked the fried artichokes which were not greasy and the mushroom spinach empanadas.  The garlic shrimp with chili sauce and the goat cheese mixed with tomato sauce were both delicious.  Make sure you try their sangria, a perfect accompaniment and just the right mix of fruit, wine and brandy. 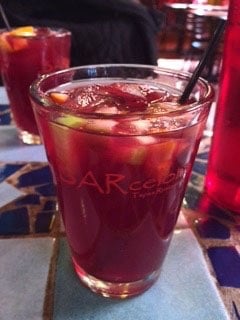 Now to the Spoke & Steele, it is located in the Le Meridian hotel right in the center of things on Illinois Street. You see lots of different craft whiskeys and bourbons walking into the bar area and there are plenty to choose from on the menu.  While it was full of final four revelers this weekend, I imagine it is a great place to stop in after work to meet up with friends. They focus on local food and the chef was creative in the dishes we tried.  I loved the etched glass that the martini came in and they were very generous with their pouring of my glass of prosecco. The prices for wines and drinks were very reasonable. 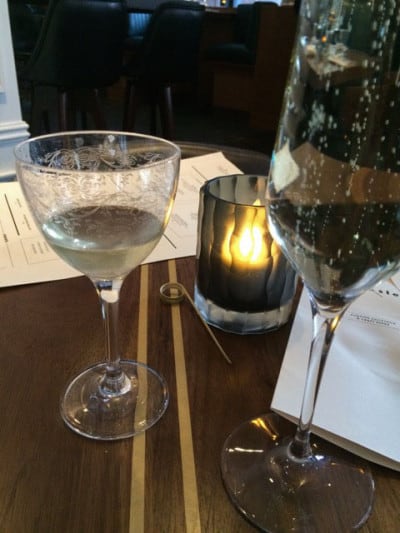 We started by ordering some cheese from their charcuterie menu.  They gave you a cute little stamp and you just stamped which ones you wanted. Despite the fact that this was a hard table to get this weekend, our waiter did not rush us. (The Michigan State Coach was sitting right beside us)  We passed on the Mormon Funeral Potatoes which sounded interesting. Mike claims the tuna alone is enough reason to try this restaurant.  I don’t care for Tuna, but it is one of his favorites, so when he says it is the best he has EVER had and will ruin all others for him, it must have been good.  He got the brussel sprouts which were carmelized in truffle oil and maple syrup.  I was a little less adventurous and went with the pork chop and corn pudding, both were very good, and not what you would see in the South.  Dessert options were either small portions of pudding type desserts or more traditional regular sized ones.  We went with the smaller and I enjoyed the caramel popcorn topped pudding.

If visiting Indy, make a point of trying Spoke & Steele, even if you only have time to stop in for a drink.  We had a great dining experience with a big city vibe.