Stuffed baby bell peppers with a filling that holds its own, not just spicy but bursting with flavor.  Stuffed mini peppers are a great appetizer for your next get gathering. 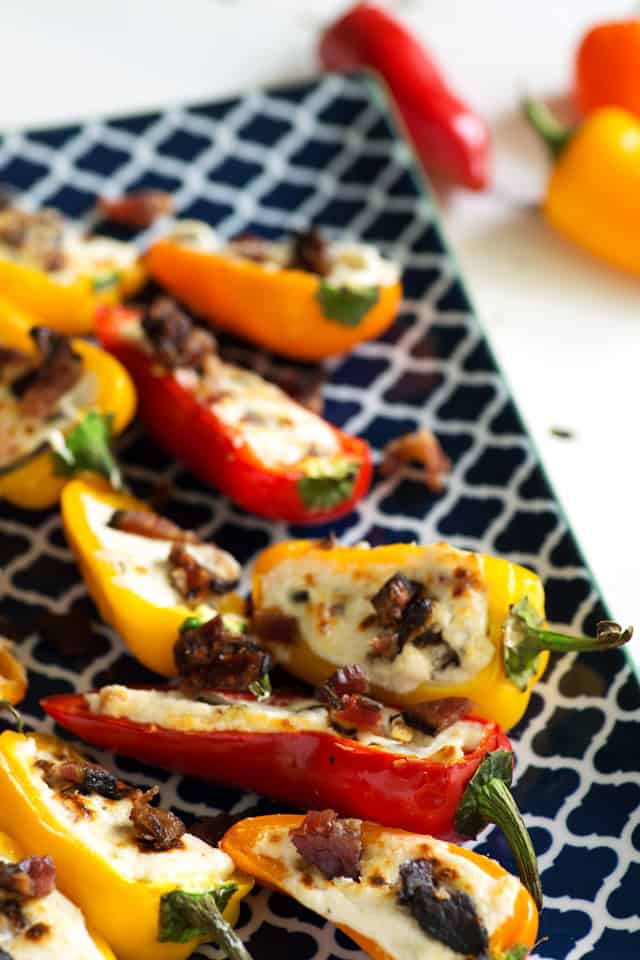 Even though it doesn’t feel like it, it’s fall and time to start thinking about game day appetizers like these stuffed baby bell peppers.  I love munching on sweet baby bell peppers, a healthy snack you can get all year round.  They’re so sweet and great all alone, but stuffing them turns them into a colorful appetizer.

You can make these as spicy as you want since the pepper itself is sweet. I went with medium spicy and removed all the seeds from the poblano pepper.  The seasoning with the sausage was a great match for the peppers. These are absolutely delicious!

Is a poblano pepper spicy

Poblano peppers are a milder pepper than most. On average a jalapeño pepper is about five times hotter than a poblano. This makes a poblano great for an appetizer where you want flavor but not too much heat. 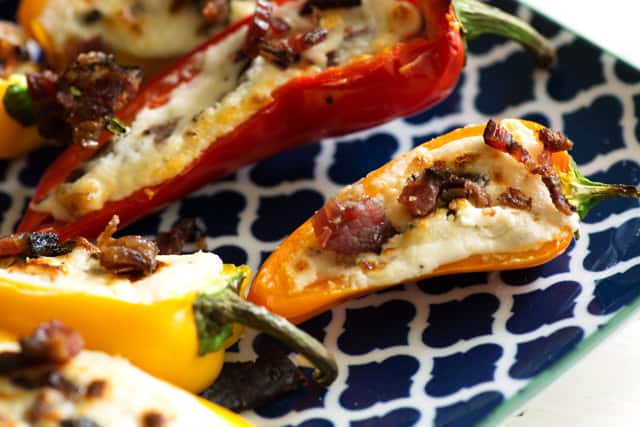 When making stuffed peppers, I don’t like the pepper to be the only thing you taste.  This filling with sausage cheese and spices is a perfect compliment to the mini sweet peppers. Don’t forget to sprinkle with lime juice at the end for a perfect Tex-Mex appetizer.  Since these are mini, you can easily eat these with your fingers, no fork required. Great for a cook-out or any social get together. 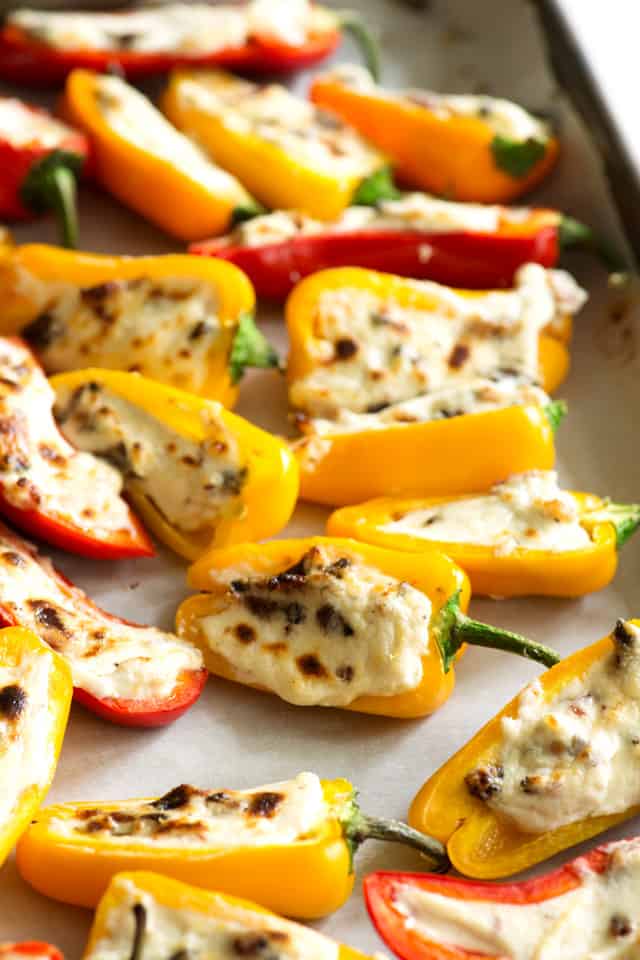 How do you make stuffed baby bell peppers

Step 1: Start by roasting the peppers a little in a skillet.  Once the skins have started to blacken, remove and add onion, poblano pepper and seasoning and cook until softened. Add pork and cook until brown.

Step 2: Cut the peppers in half from stem to tip and fill each side with filling. Bake in the oven until the cheese gets melty, remove and sprinkle with lime juice. 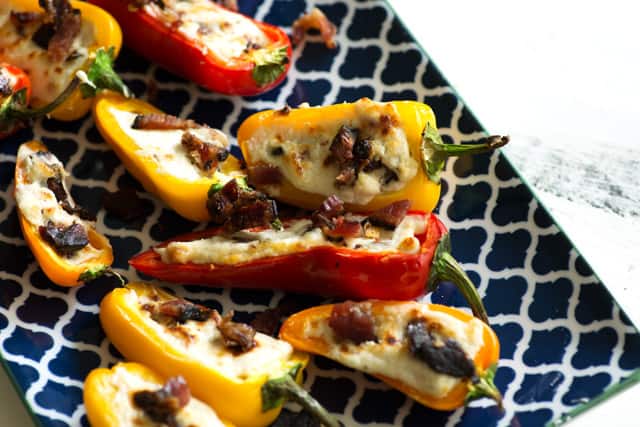 You can make these ahead of time and refrigerate until ready to eat. They’re great warm but still delicious at room temperature.

If you make this recipe be sure to leave a comment and/or give this recipe a rating! Above all, I love to hear from you guys and always do my best to respond to each and every comment. And of course, if you do make this recipe, don’t forget to also tag me on Instagram! I would love to see your creation. 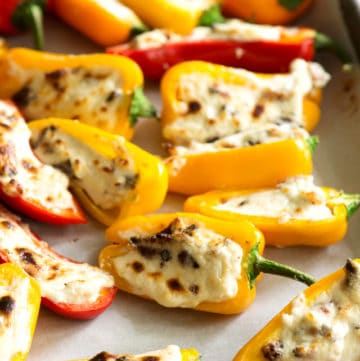 Cheese stuffed roasted peppers with a Muenster cheese and sausage filling definitely holds its own, not just spicy but bursting with flavor. These stuffed mini peppers with poblanos in the filling are a great appetizer for your next get gathering or a great side to any meal.
5 from 1 vote
Print Pin
PREP: 30 minutes
COOK: 10 minutes